We’re a women-led organization, and we produce and fund powerful documentaries that shift perspectives.

Founded in 2007 by Abigail E. Disney and Gini Reticker, Fork Films began with the acclaimed feature film Pray the Devil Back to Hell. Other original productions include the award-winning five-part PBS series Women, War & Peace, followed by Emmy-winning The Armor of Light and The Trials of Spring. Women, War & Peace II, the second installment in the critically acclaimed series, premiered on PBS in 2019. In addition to its original productions, Fork has funded over 100 documentary films including Crip Camp, One Child Nation, and Cameraperson, and the Academy Award®-nominated films Strong Island, The Square, and The Invisible War. Fork Films is committed to promoting peace, lifting marginalized voices, and building bridges across divided communities. 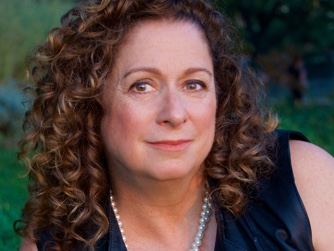 Abigail E. Disney is a filmmaker, philanthropist, activist, and the Emmy-winning director of The Armor of Light. As president and CEO of the documentary production company Fork Films, she produced the groundbreaking Pray the Devil Back to Hell and co-created the subsequent PBS series Women, War & Peace. She is also the Chair and Co-Founder of Level Forward, a new breed storytelling company focused on systemic change through creative excellence. The companies and stories that have most meaning for Abigail are the ones which foster human understanding. She has executive produced and supported over 100 projects through Fork Films’ funding program and created the nonprofit Peace is Loud, which uses storytelling to advance social movements, focusing on women’s rights and gender justice. 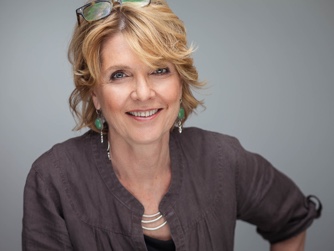 Gini Reticker is an award winning documentary director/producer and co-founder of Fork Films. Her long track record of creating groundbreaking films has earned her numerous accolades including an Academy Award-nomination (Asylum), and two Emmys (Ladies First, and Out of the Darkness). Her films have regularly featured women’s stories at the center of a wide range of topics including global conflicts, political asylum and the AIDS epidemic. Gini directed the widely acclaimed Pray the Devil Back to Hell, co-created and executive produced multiple seasons of the PBS series Women, War and Peace, and directed the gripping Egyptian episode, Trials of Spring. Throughout her career she has promoted and supported women in all levels of film production becoming known amongst her peers for her mentorship and support of women filmmakers, and has executive produced over twenty awarding winning documentaries. 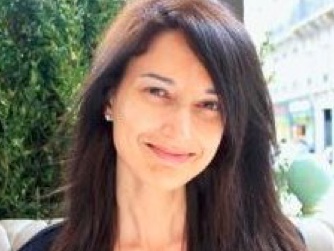 Ameena is the director of finance and accounting at Fork Films. In this role, Ameena works closely with the VP of operations, the head of production, and the entire Fork Films team and external business office to oversee the fiscal management of the company and its productions. Prior to joining Fork Films in October 2014, Ameena worked with several notable media-related companies in New York City and Los Angeles, including CBS, Paramount Pictures, and Comedy Central. She continues to consult for a variety of Netflix projects, Conde Nast Entertainment, ITVS, and more. Ameena holds a bachelor’s of science in finance from the University of Southern California. She currently resides in New York with her husband and daughter, enjoys racing cars, and travels extensively in her free time. 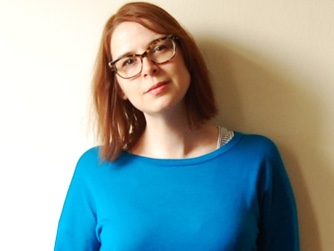 Sarah Feuquay leads operations functions and strategies at Fork Films. She has over ten years of production experience working across a diversity of projects, from indie narrative features to primetime ABC News specials, functioning in multiple roles including production coordinating, logistics, research, licensing, post-production, distribution, development and grant writing. In addition, Sarah has worked both front- and back-of-house positions at film festivals, including the Tribeca Film Festival, Rooftop Films and DOC NYC. She holds a master’s degree in film studies from Emory University and a bachelor’s in film production from Hunter College. 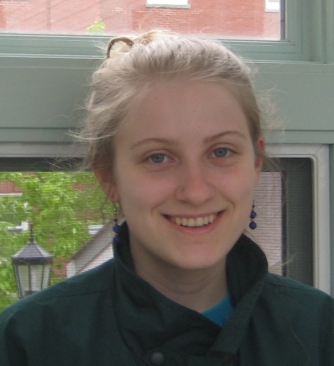 As Operations Coordinator, Tess’s responsibilities include preparing deliverables, streamlining workflows, and providing cross-departmental support. She was born and raised in NYC, and attended college in Maine, majoring in Sociology. Prior to coming to Fork, she was a freelance production assistant at the Tribeca Film Festival, the World Science Festival, and Rooftop Films; an archivist at POV; and a cupcake slinger at Magnolia Bakery. 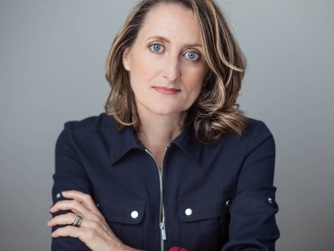 Director, producer and writer, Kathleen Hughes leads the development of Fork’s upcoming multi-part documentary series examining peace and peace building from all angles. Kathleen has been in the business for more than 30 years, telling award-winning stories in all mediums, seemingly on all subjects. She most recently produced and co-directed The Armor of Light with Abigail Disney. For Fork, Kathleen has directed Would Jesus Wear A Sidearm?, a New York Times Op-Doc and On Account of Sex, a New York Times Retro Report about the defeat of the Equal Rights Amendment. 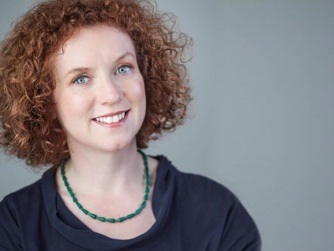 Aideen oversees all Fork Films productions from development through delivery. She recently coproduced and codirected The 8th , the story of how Ireland overturned one of the world’s most restrictive abortion laws. Previous credits include Emmy-winning and nominated, feature-length and television documentaries, including: The Armor of Light (dir. Abigail Disney & Kathleen Hughes), The Trials of Spring (dir. Gini Reticker), The Awful Truth (dir. Michael Moore), Face to Face: The Schappell Twins (dir. Ellen Weissbrod), and Voices of the Children (dir. Zuzana Justman). In Ireland, Aideen produced several award-winning documentaries and short films, as well as the international theatrical hit Alone it Stands by John Breen. 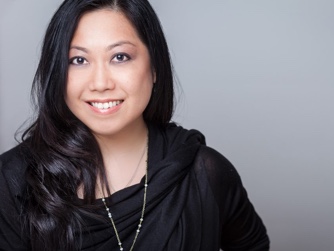 As the vice president of operations, Juli S. Kobayashi ensures that Fork Films' talented team members and internal systems are working as smoothly as possible to support the company's mission and projects. Juli is Fork's longest standing employee, having joined the company back in 2008 to support distribution and outreach of its first film, the widely-acclaimed Pray the Devil Back to Hell. Prior to joining Fork, Juli held a wide range of roles in independent film, broadcast and commercial production, ranging from a production assistant for live TV to a production manager and post-production supervisor. Juli is also a writer and filmmaker and holds a degree from NYU's Tisch School of the Arts' Film & TV production program. 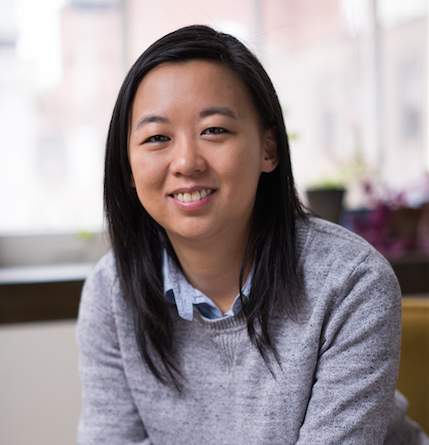 Jess is the COO at Fork Films, where she leads strategic planning and business development for the company and alongside the CCO, oversees current productions as well as company operations and finance. Her role also includes identifying potential partnerships and building connections within the larger nonfiction ecosystem. Prior to Fork Films, Jess worked at Archer Gray, where she led their documentary financing arm and worked across all investment activities, in addition to managing operations. Before that, Jess was a creative executive in film and theater at Evamere Entertainment and started her career in the London and New York offices of specialty studio Focus Features working in creative development, acquisitions, and distribution. She received a MA from Kings College London and a BA from Wellesley College. 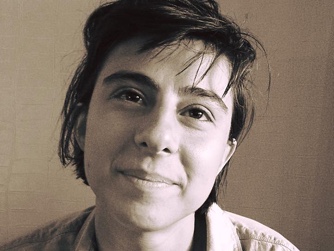 As audio producer at Fork Films, Alexis Pancrazi seeks out new projects and develops stories for documentary film and nonfiction podcasts. She produced a radio documentary for BBC World Service/Sundance that aired in August 2018 entitled "How A Garden Grows," for which Robert Redford delightfully mispronounced her name in the introduction. Prior to joining Fork, she worked in television production management, most recently on the weekly show, Moyers & Company. When she's not at the office, she spends her time plotting trips to all the national parks she wants to visit, and in the meantime happily wiles away hours reading. 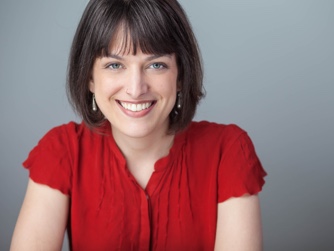 Kat is the CCO at Fork Films, where she works across departments to guide the development and release of new projects in all media, and alongside the COO oversees and supports project distribution and impact campaigns. Previously she served as Fork Films’ Director of Grantmaking where she oversaw the day-to-day operations of the company’s documentary grants program and served as the primary contact for Fork Films’ supported filmmakers. Kat is also a filmmaker and writer, often exploring popular entertainment in American history. Her first film, This Is How I Roll, takes a behind-the-scenes look into the intense subculture of men’s roller derby. Her writing has appeared online at Narratively, Atlas Obscura, and in Bandwagon. Prior to joining Fork Films in 2010, Kat worked in theatre, film, television, and commercial production. 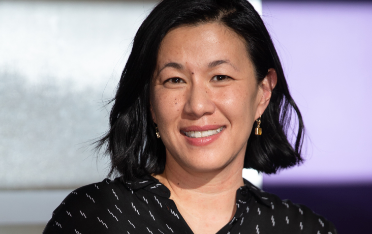 As chief of staff to filmmaker and philanthropist Abigail E. Disney, Angie Wang provides strategic management and operational and leadership support to Fork Films, Peace is Loud, the Daphne Foundation, and Level Forward. Angie served as the outreach director for Fork Film’s documentary film series Women, War & Peace, and as executive director of Peace is Loud. For the past 20 years, Angie has worked at the intersection of advocacy, culture change and social movements, lifting the stories of people and communities as public platforms for justice, equity and peace. Before joining Disney in 2011, Angie worked in leadership positions at The New York Women’s Foundation and the September 11th Fund. Prior to her work in grantmaking, Angie was working in the field of domestic violence, sexual assault, and child sexual abuse at Safe Horizon, where she worked in a variety of direct-service, advocacy and management roles. Angie got her start in social justice as a tenant organizer in Northern California. Angie is an executive producer of Bei Bei, a documentary about a Chinese immigrant in Indianapolis fighting feticide and first degree murder charges.