What if you looked at war as though women mattered? What if you looked at peace as though women mattered? These two questions were at the heart of the critically acclaimed PBS five-part special series, Women, War & Peace which aired in 2011. The series has since been exhibited in over 72 countries and has sparked a robust dialogue across the globe about the critical importance of women to insuring lasting peace.

Filmed in conflict zones in Afghanistan, Bosnia, Colombia, and Liberia, the original Women, War & Peace series was created by Abigail E. Disney, Pamela Hogan, Gini Reticker, and was a co-production of THIRTEEN and Fork Films in association with WNET and ITVS.

I Came to Testify is the moving story of how a group of 16 women who had been imprisoned and raped by Serb-led forces in the Bosnian town of Foca broke history’s great silence and stepped forward to take the witness stand in an international court of law. Their remarkable courage resulted in a triumphant verdict that led to new international laws about sexual violence in war. Narrated by Matt Damon. Produced and written by Pamela Hogan.

Pray the Devil Back to Hell chronicles the remarkable story of the Liberian women who came together to end a bloody civil war and bring peace to their shattered country. Among the women featured is Nobel Peace Prize winner Leymah Gbowee, the leader of the Liberian women’s peace movement. Produced by Abigail E. Disney, directed by Gini Reticker.

When the U.S. troop surge was announced in late 2009, women in Afghanistan knew that the ground was being laid for peace talks with the Taliban. Peace Unveiled follows three women in Afghanistan who risked their lives to make sure that women have a seat at the negotiating table. Narrated by Tilda Swinton. Produced by Claudia M. Rizzi, written by Abigail E. Disney, directed by Gini Reticker.

The War We Are Living travels to Cauca, a mountainous region in Colombia’s Pacific southwest, where two indomitable Afro-Colombian women are fighting to stay on their gold-rich lands. They are standing up for a generation of civilians who have been deliberately terrorized and forcibly displaced during the course of Colombia’s decades-long civil war. Narrated by Alfre Woodard. Produced by Oriana Zill de Granados, written by Pamela Hogan and Oriana Zill de Granados.

War Redefined, the capstone of Women, War & Peace, challenges the conventional wisdom that war and peace are men’s domain through incisive interviews with leading thinkers, secretaries of state, seasoned peacemakers and survivors of war. Narrated by Geena Davis. Co-Produced by Nina Chaudry, produced and written by Peter Bull.

Women, War & Peace has won the Overseas Press Club’s Edward R. Murrow Award for best TV documentary on international affairs, the Gracie Award for outstanding series, and a Television Academy Honor. The War We Are Living has won the Overseas Press Club’s Award for best reporting in any medium on Latin America, Pray the Devil Back to Hell won the Gracie Award for outstanding producer, and I Came to Testify has been honored with the American Bar Association’s Silver Gavel award.

Are you interested in bringing Women, War & Peace to your community, organization, or classroom? Request a screening now!

Learn more about Pray the Devil Back to Hell on its official website. 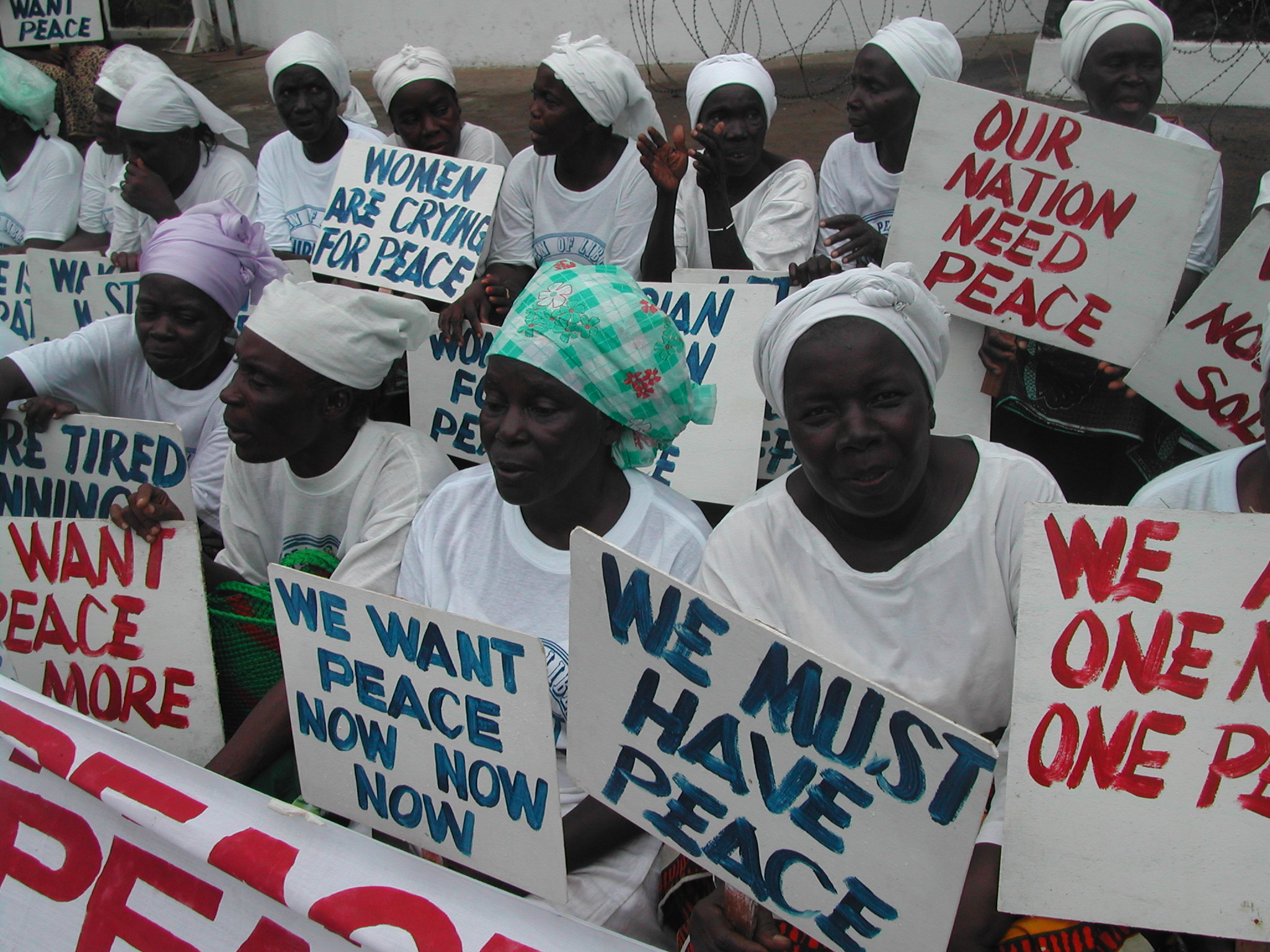 Pray the Devil Back to Hell 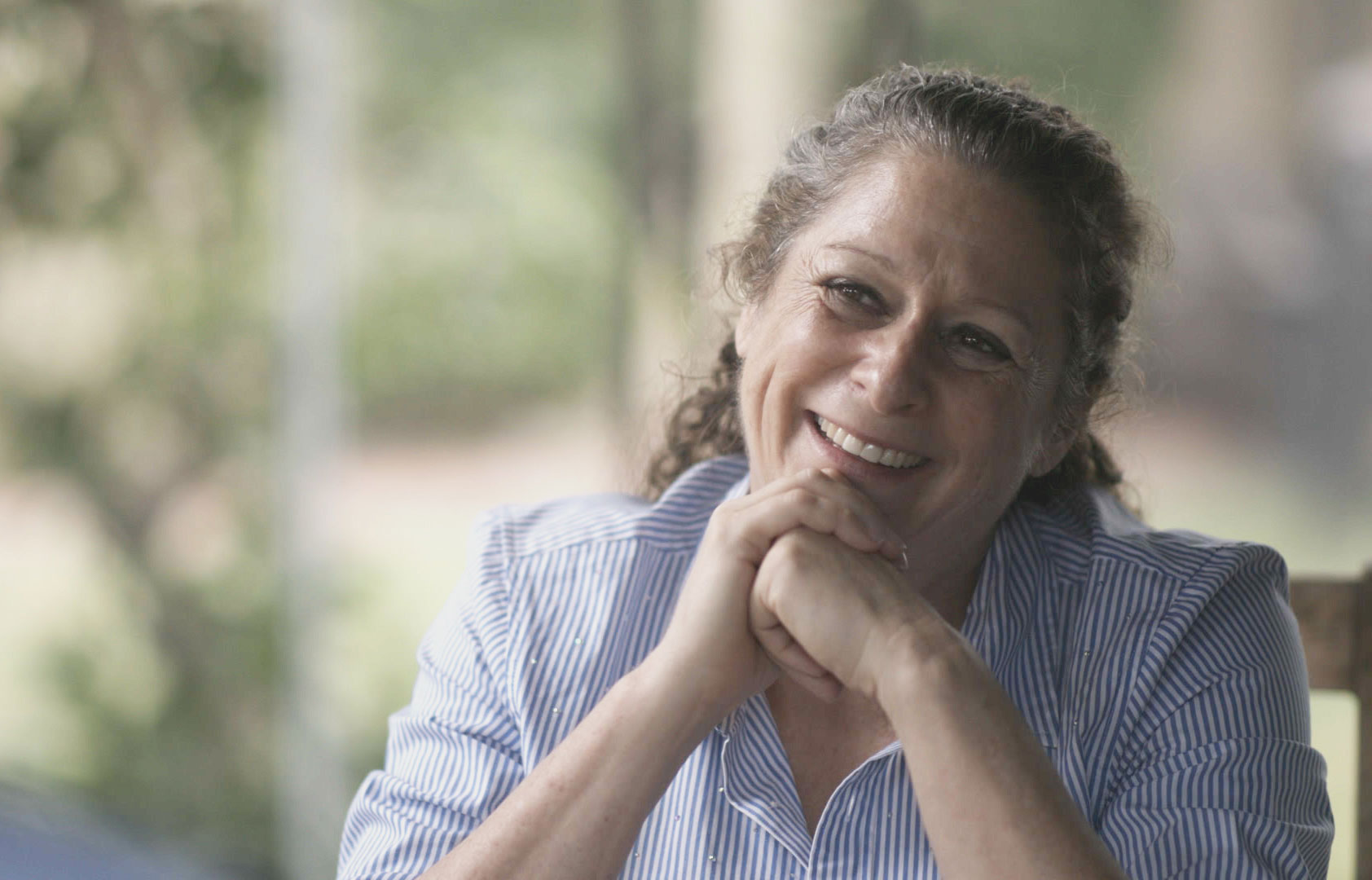 All Ears with Abigail Disney