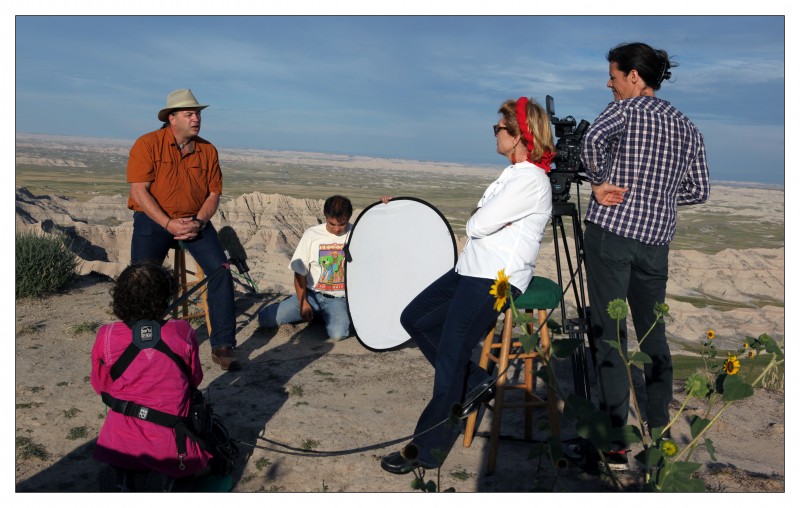 In the face of a powerful recession, crippling unemployment and a housing crisis, a small, creative and energetic band of Native American businesspeople, with the help of the buffalo, rebuild their community through a growing business, Native American Natural Foods, the company behind Tanka energy bars. Acclaimed documentary filmmaker Gini Reticker weaves together beautiful imagery set to the pulse of the Sioux Nation to carefully tell the story of two entrepreneurs who use tradition and ingenuity to bring opportunity and hope to the people on the Pine Ridge Reservation. After nearly going extinct, the buffalo has returned, bringing a chance for prosperity to the Lakota people.

Tribeca Digital Studios and American Express co-produced a series of three short films (Buffalo Returns, A Dream Preferred, and The Downtown Project) that celebrate small businesses and the creators at the forefront of the entrepreneurial renaissance. Academy Award-nominated filmmakers Gini Reticker (Pray the Devil Back to Hell), Morgan Spurlock (Super Size Me) and Heidi Ewing & Rachel Grady (Jesus Camp) have brought stories to life that explore the nature, shifts, and struggles of young business development; the pioneers, inventors, and dreamers at the helm of these ambitions; and the impact these ventures have on their communities. The films debuted on July 15, 2015  on a host of cable on-demand platforms in over 40 million homes including Comcast, Time Warner Cable, Verizon, Cablevision, Cox and Brighthouse, Vimeo, interactive smart TV app American Express NOW, the American Express YouTube Channel, and American Express OPEN Forum, an online community for small businesses to inspire and help them grow.

About the small business featured in Buffalo Returns

Founded in 2006 on the Pine Ridge Indian Reservation, Native American Natural Foods owners Karlene Hunter and Mark Tilsen imagine a world filled with healthy foods that add to the restoration and preservation of our lands and ecosystem — a world without the pain of starvation or obesity. The world they imagine embraces the lifestyle that Native American people lived just over a century ago.

Their Tanka Bar is a low fat, gluten free energy snack made from prairie-fed buffalo meat and cranberries.

“Tanka” is used in reference to delivering your best with all your heart, mind, body and spirit. It is the choices that you make and the actions that you take to be who you are. Whether you’re Native, white, black, yellow or brown, it is your ability to overcome, to extend a helping hand for those in need, to defeat racism, to protect our Mother Earth, and to love all others on our planet. It is your ability to Live Life Powerfully and to acknowledge “Mitakuye Oyasin” — we are all related. Learn more about Native American Natural Foods at the Pine Ridge Indian Reservation and the Tanka Bar: